In the world of rapidly accelerating product development cycles, engineers developing products which utilize the I²C and SMBus interfaces need a bus analyzer that is easy to use—fast and simple.

Unforeseen problems such as functional bugs can cause schedules to slip so it is important to have the right tool to resolve them quickly by isolating the root cause.

The Corelis BusPro-I analyzer is designed with that idea in mind—the right tool at the right price. Open the box and plug it in; everything just works.

The BusPro-I is an entry level, yet feature-packed and robust I2C debugging tool. The BusPro-I allows engineers to save precious development time by providing low level visibility and control of an I2C bus. There is no longer a need to hook up a logic analyzer to capture traffic on the bus and then spend hours sifting through mountains of data in order to find that one particular bit. The Core-lis hardware and software provide a convenient and intuitive environment for hardware debugging, software development, and in-system programming.

Passively listens and records all I2C bus traffic while displaying real-time data in both state and waveform timing windows. By using the computer hard drive for trace storage, the BusPro-I has virtually unlimited trace data recording capability. message filtering, symbolic translation, and event triggering are all included. During capture, bus signal validation and protocol conformance are continually evaluated with deviations flagged. An example screenshot of the monitor window is shown below. 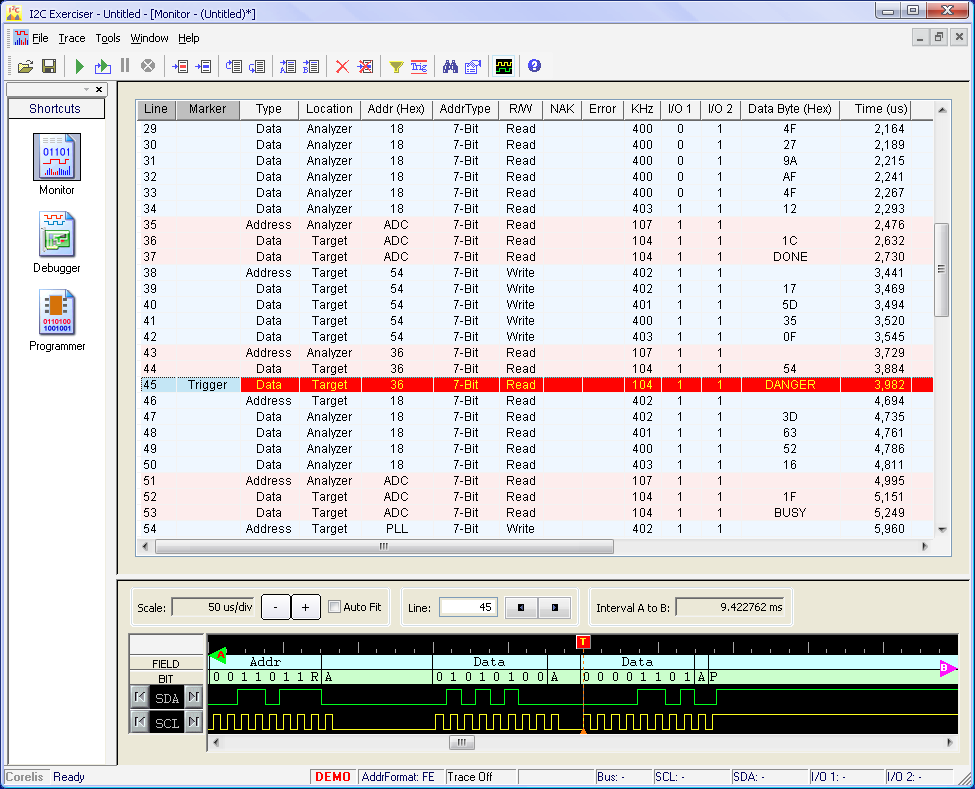 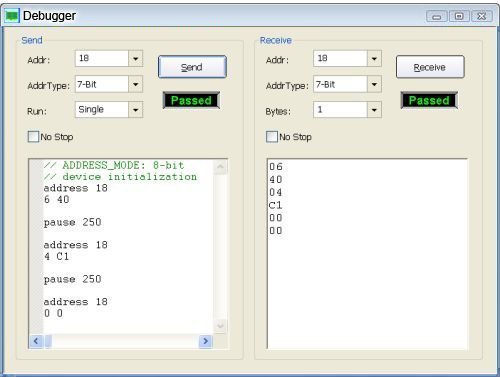 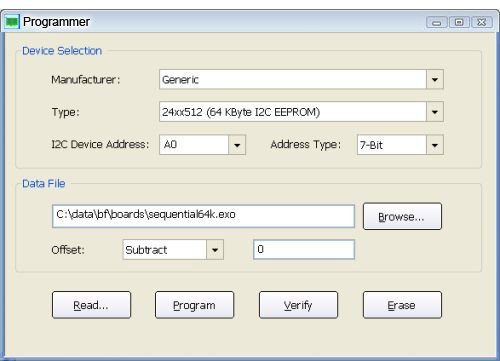 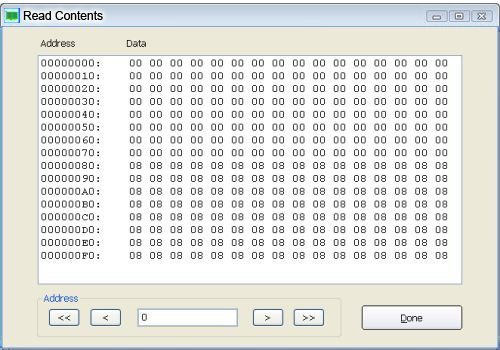 At the core of the BusPro-I is an on-board engine whose logic performs the low level interaction with the I2C bus. This element receives set-up, direction, and drive data from the host via a USB 2.0 port. Conversely, as bus activity is detected and characterized, its transitional information is conveyed up to the host for further processing.

Two programmable lines can be operated under PC host software control. They are available to stimulate the target system or sense target conditions in coordination with the testing. Each line is programmable as input, output, or output open-drain. One of these outputs can be used as a dedicated trigger to synchronize with external laboratory equipment. A second discrete I/O can be used as an input trigger. 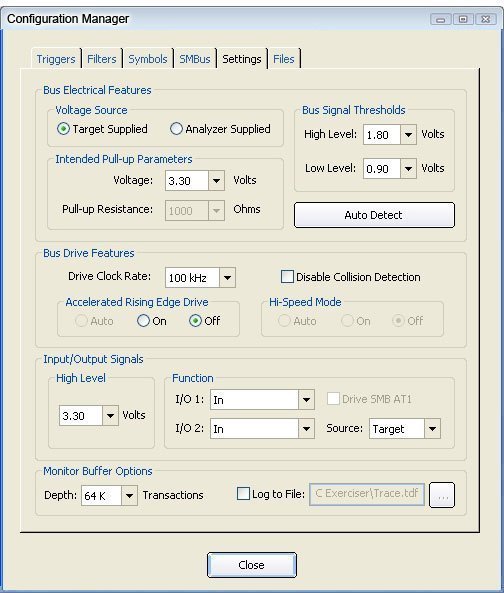